Children can learn to ‘eat the rainbow’ 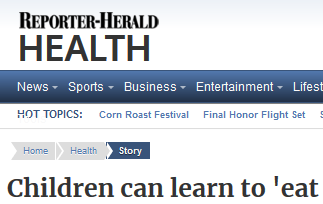 Sapna Von Reich finds joy in teaching others how to set a plate full of healthy foods on the table.

Her cooking classes now include children, who under her guidance can “eat the rainbow” and have fun doing it.

An instructor with the Physicians Committee for Responsible Medicine’s Food for Life program, a nonprofit based in Washington, D.C., Von Reich has long been an advocate of the vegetarian diet.

“I grew up vegetarian, but later introduced some meat products into my diet,” she says. “I was inspired to investigate the vegan diet after my parents, in India, went on a 21-day vegan retreat with great results. They eliminated their type II diabetes symptoms, lost weight and became more energetic. That opened me up to do the same thing.”

After her own three-week trial, Von Reich says she felt healthier and her migraines disappeared. She looked into the Food for Life training program and is now a certified instructor.

“I’d been teaching Indian cooking since 2004, and this training gave me an added education — a complete view about nutrition,” she says.

In June and July, Von Reich will teach two classes to guide children in making their own good choices regarding what they eat.

“It’s a four-class series during which we talk about vegetables, fruit, legumes and greens,” she says. “The first class is about breakfast, the second healthy snacks, the third lunches and then dinner. It’s all about how many colors you can eat.”

Children can make smart food choices at an early age, she says. “We aim to empower kids with all of the skills they need to live a healthy life. As parents, we worry our children won’t accept changes, but it’s amazing how quickly they adapt.”

National statistics show obesity among our nation’s youth has more than doubled in the past 20 years, with close to 5 million 6-17-year-olds seriously overweight or obese. The Centers for Disease Control and Prevention says 60 percent of overweight 5- to 10-year-olds already have at least one risk factor for heart disease. Read more…