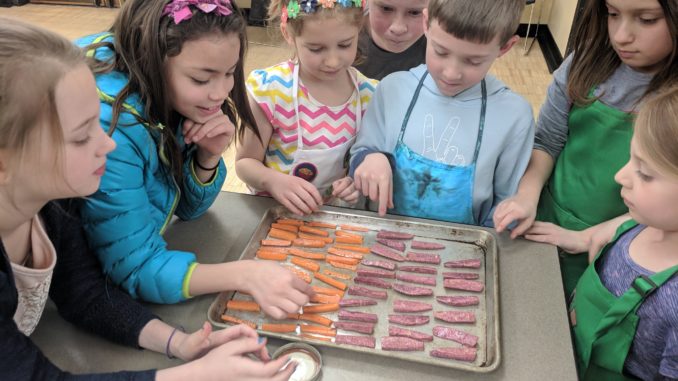 Sapna Von Reich wants to eliminate the fear of cooking at an early age. By offering kid-friendly, hands-on classes, she believes she’s making progress. With a goal of getting kids aged 6 to 12 comfortable in the kitchen, she encourages them to try new foods.

Von Reich starts off by asking a rhetorical question that’s steeped in philosophy. “What’s your favorite food? Pizza — well, how would you know if you’d never tried it? If you don’t try it, how would you know if you don’t like it?” Then she cautions the kids she teaches, “And you can always throw it away.” Her advice comes from early learning in the kitchen herself. Growing up in India, her mother taught her and her three siblings how to cook a variety of foods, which primarily were with vegetables, legumes, and fresh, seasonal fruits bought in the local market. Eating from a predominantly vegetarian palate, her family also consumed a small amount of dairy. Read more…